The Fussy Dog Co was started in founder Anthony Gardiner’s kitchen in 2020 as a solution to a problem that was driving him to despair. Having lost his job in the travel industry due to Covid-19, Anthony and his fiancee could no longer afford the fancy dog food that their three little pals (Cashew, Astrid, and Chewie) had grown accustomed to.

Unfortunately, Cashew and Astrid refused to eat the more accessible brands when it was given to them and after a week had lost a worrying amount of weight. Not Chewie though – he was eating all three bowls and had quite the opposite problem!

Out of desperation, Anthony mixed up some human gravy powder and poured it over the dogs’ food and finally had all three eating again. Unfortunately, human gravy powders are full of stuff which is quite bad for dogs, including onion and garlic powder and excessive amounts of salt. 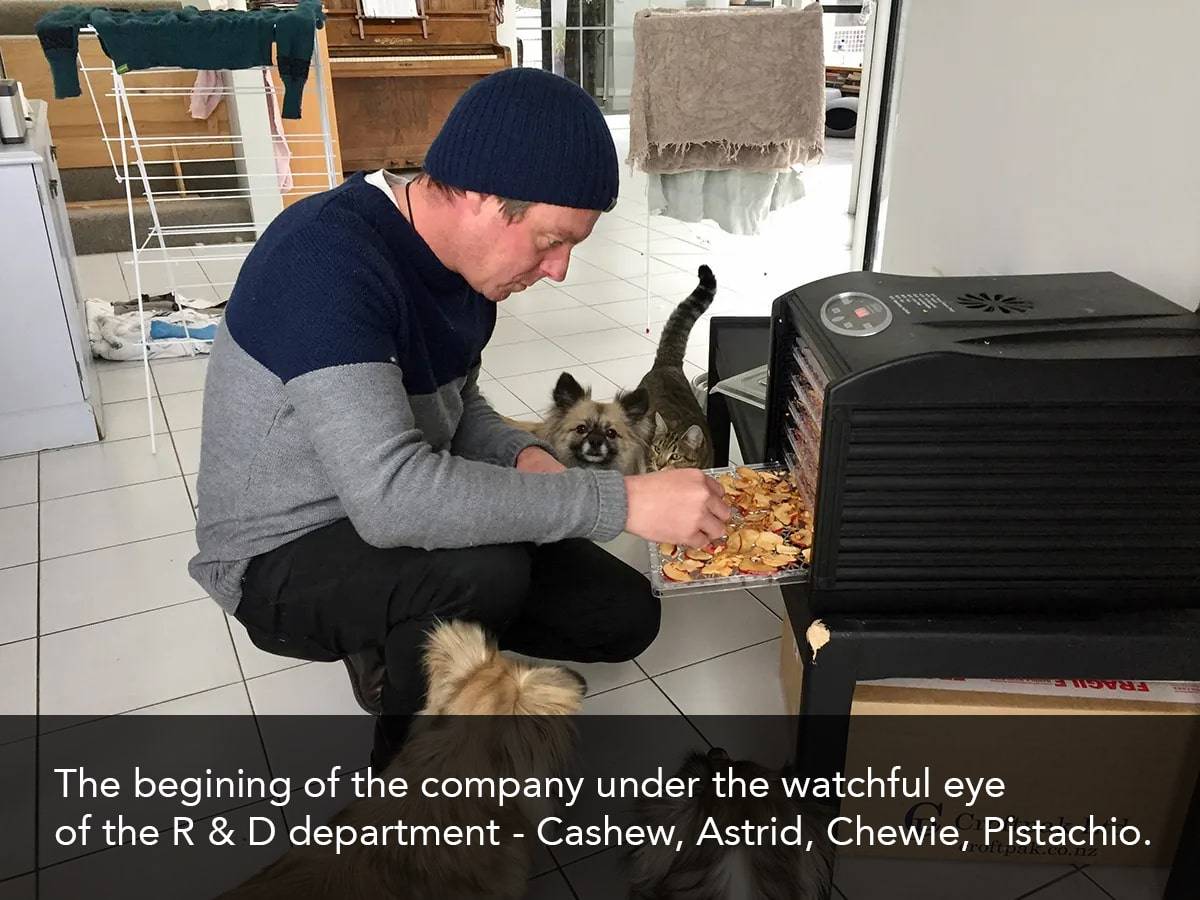 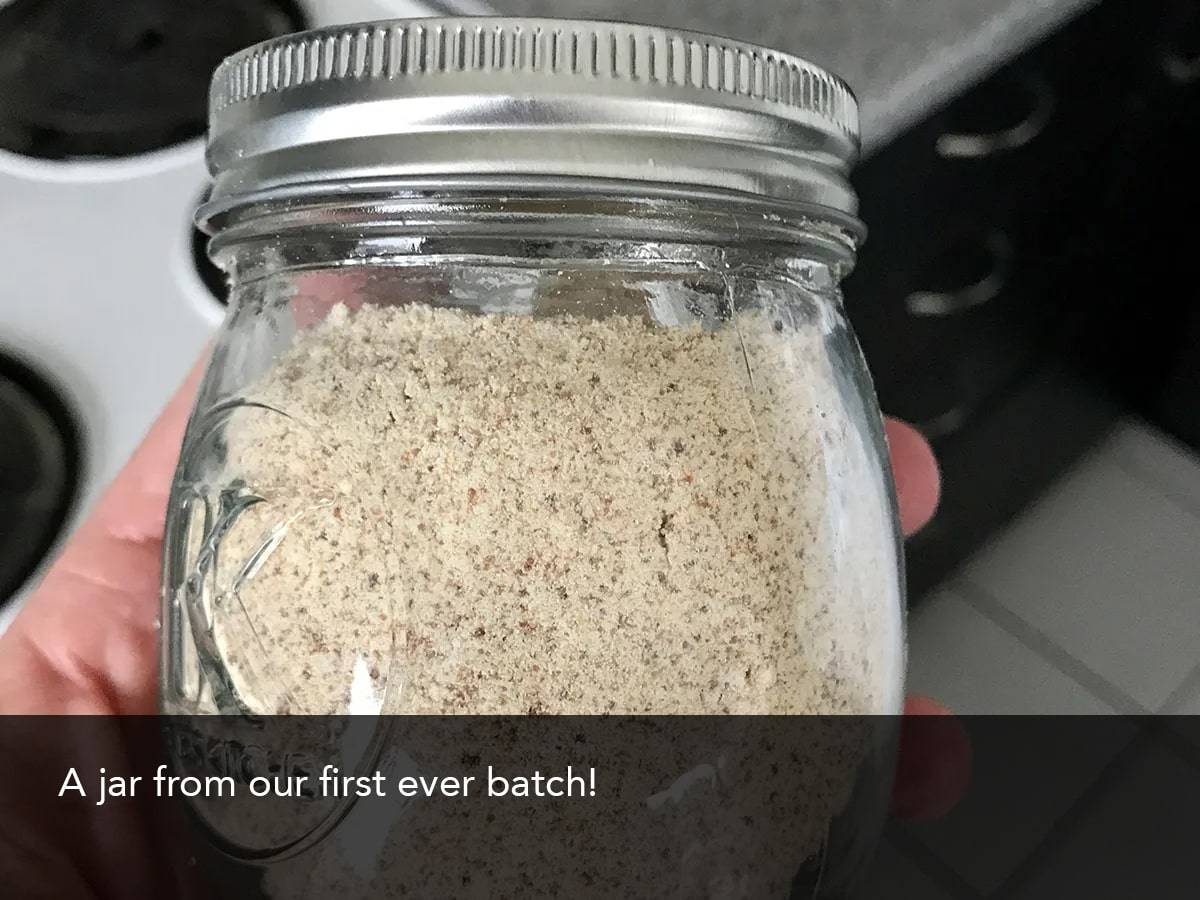 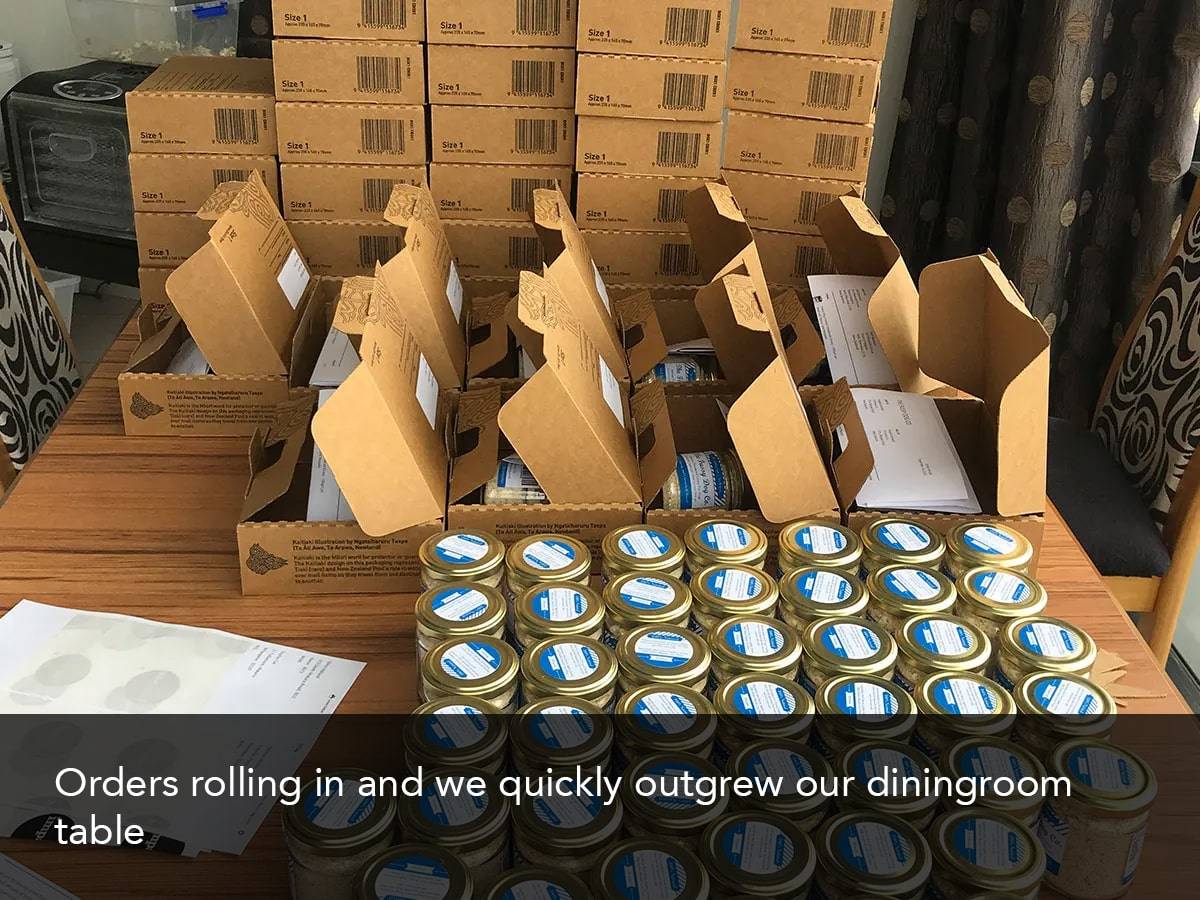 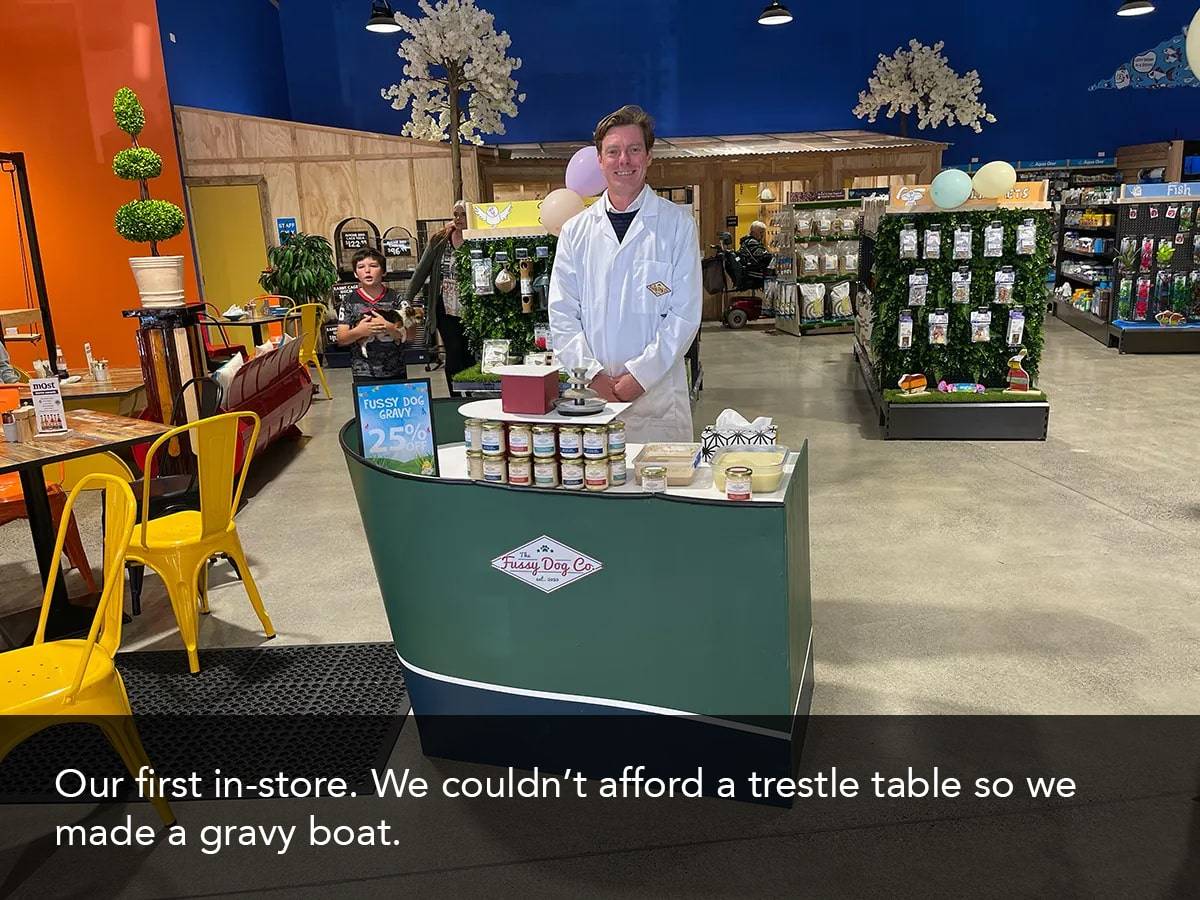 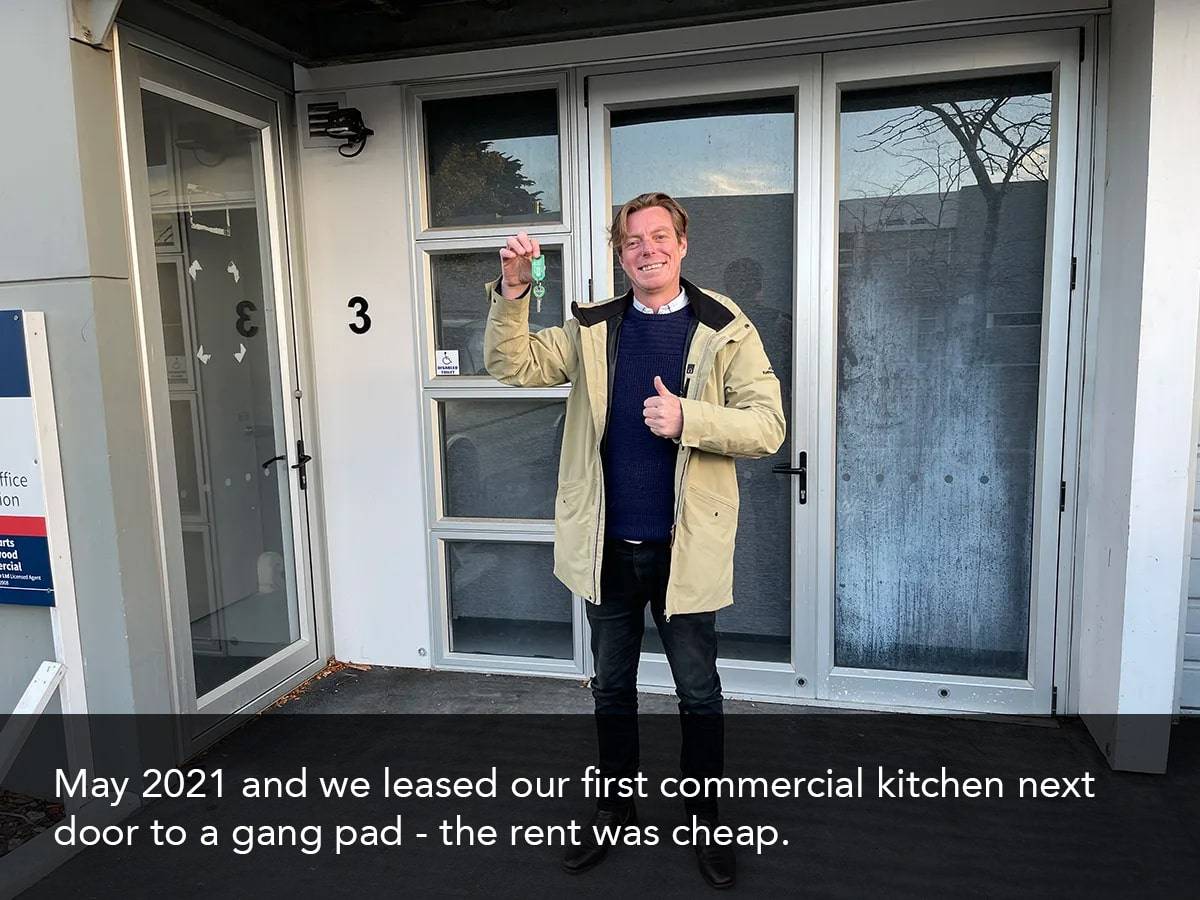 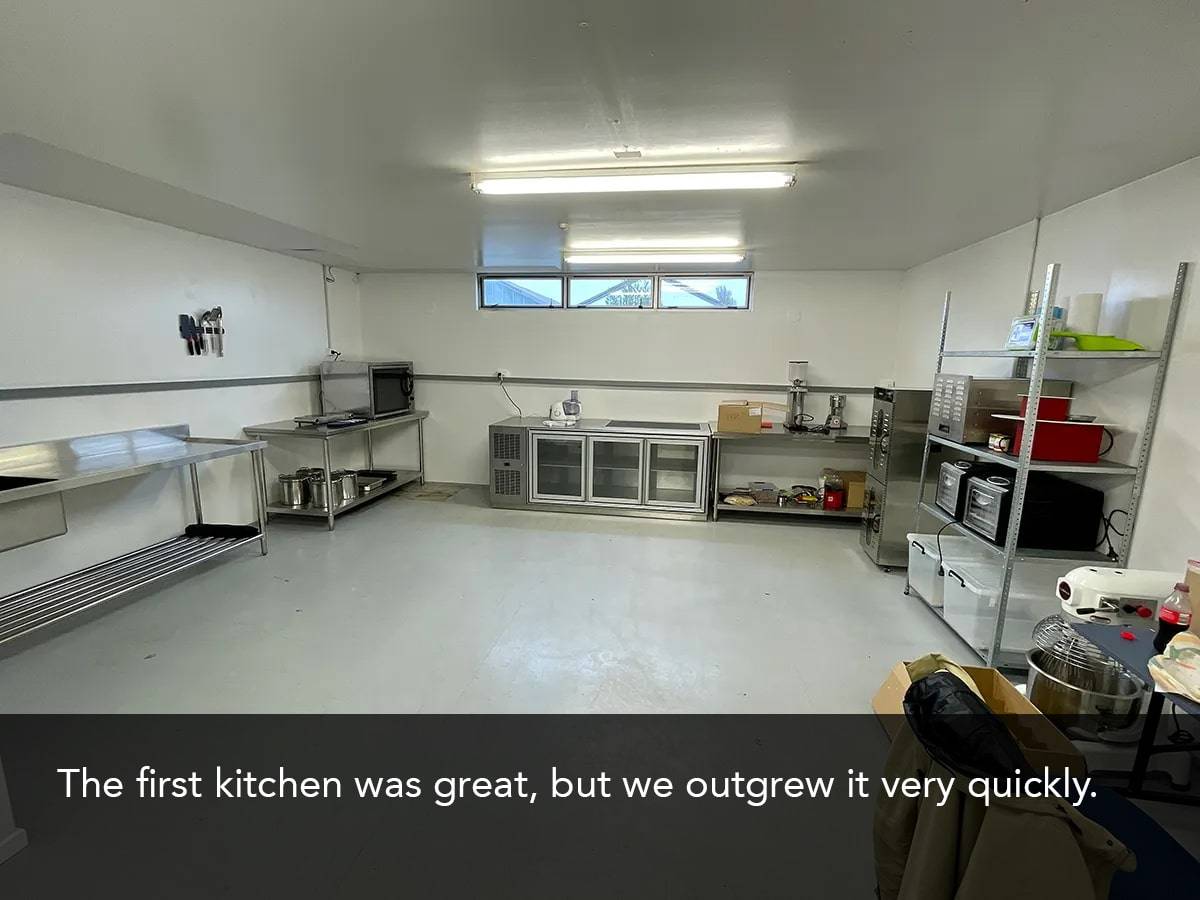 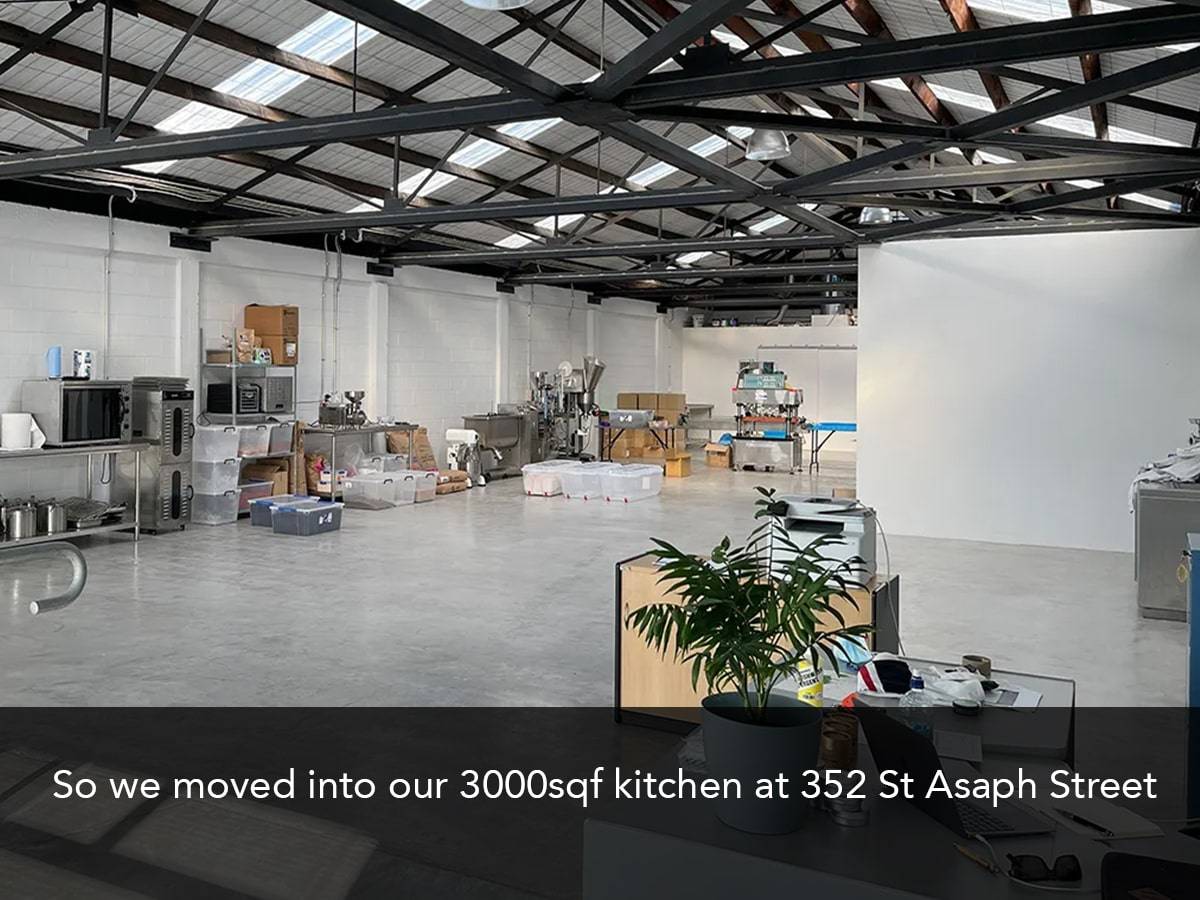 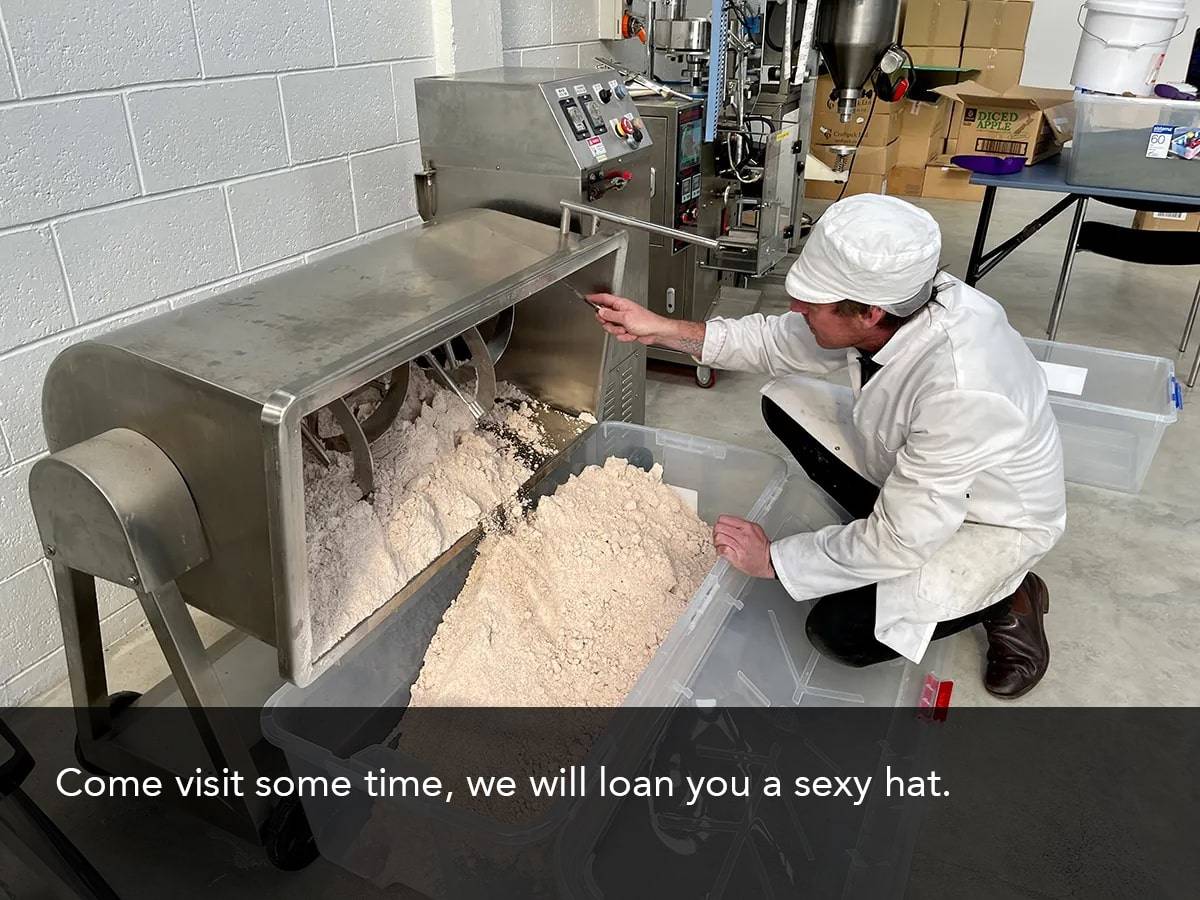 Having just completed a Masters degree which gave him access to the worlds largest online repository of peer-reviewed scientific papers helped to work out the very best ingredients to use – ingredients that were healthy, sustainable, and most importantly delicious.

Once his dog-owning friends found out about the product, many were quick to ask for a jar. It turned out that stressful mealtimes was a very common issue for many dog owners. With great reviews from early test users, a company was formed and an application for Ministry of Primary Industries registration was completed. But The Fussy Dog Company was still only an emergency back-up plan as Anthony continued to apply for jobs. Any jobs. All of the jobs. Unsuccessfully.

After 137 job applications and only two job interviews, and with his last $300 in the bank, Anthony made the first full batch of gravy and placed it for sale on FussyDog.com, hoping to sell enough jars to be able to put petrol in his car and drive to his graduation 400km away. The first batch of gravy (a whopping 36 jars) sold out in three days. The second batch sold out in three hours, and the Christmas holidays were cancelled so that production could keep up with demand.

Just two months later, in February 2021, the first retailers began reaching out to The Fussy Dog Co hoping to stock the products, which now included two additional flavours. At this point it was definitely time to move the operation out of the kitchen and a small production kitchen was leased, next door to what looked suspiciously like a gang pad.

Over the next year The Fussy Dog Co grew to be sold in over 140 stores nationwide and had already outgrown the first commercial space they had leased. Now based in a 3000 square foot production kitchen dangerously two doors away from an excellent pub, The Fussy Dog team are continuing to grow and are now capable of producing thousands of jars per week as they gear up for exporting and taking this strange wee company global.